1 Status news of the Vennbahn
Close

Out and about in the upper Our valley

The young Our and the Vennquerbahn (Ravel L45a) between Honsfeld and the German border village of Losheim play the leading role in this cycle route loop. You ride through the eastern part of Belgium.

Starting and finishing point of the tour: by the church in Schönberg (node 142)

Parking: free parking spaces by the church in Schönberg 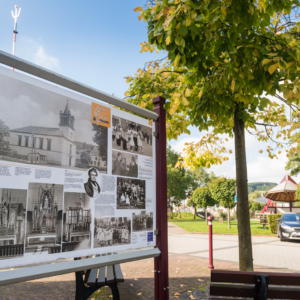 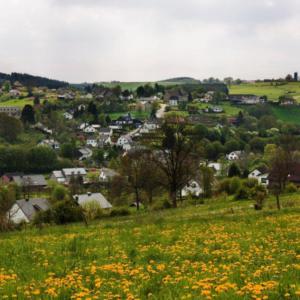 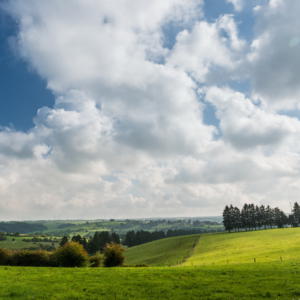 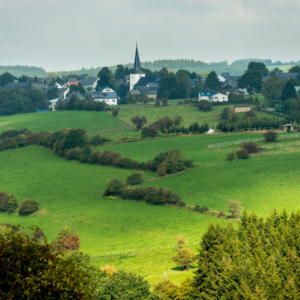 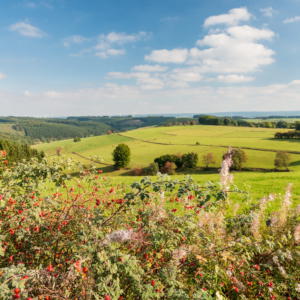 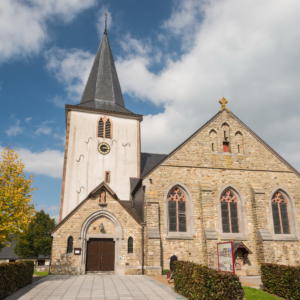 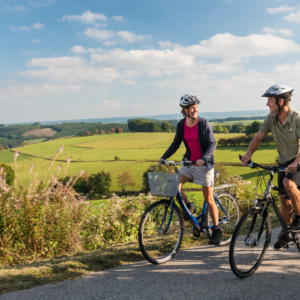 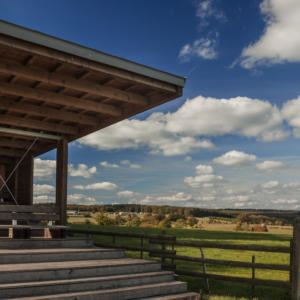 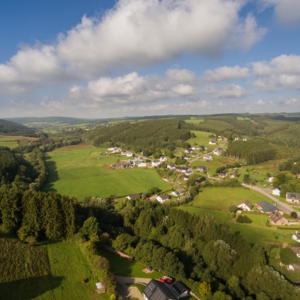 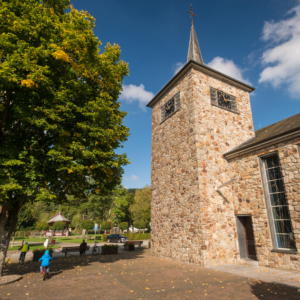 Krewinkel: You feel as though you have been transported back into the rural atmosphere of the 19th century in the easternmost village of Belgium.

The 9-kilometre ride takes you alongside the watershed between the Maas and Moselle-Rhine basin near the German border. This is the source of the Our, which you will be following for a bit on German territory. There are at least three locations along the way from which you can enjoy a stunning view of the highest hills and deepest valleys of the region. In Herresbach, for instance, the wooden platform “Wood Eye” looks out over the sprawling Our valley, and on the horizon you can see the large number of wind turbines on the German side. In Heppenbach, on the “Maas side”, you are close to the source of the Amel. Some clusters of small houses along the way await you with the simplistic and homely flair of quaint villages. Krewinkel in particular is worth stopping off at. The houses are widely scattered and have been renovated in keeping with the architecture typical of the village. In the centre of the village stands a simple Gothic church, which was erected at the beginning of the 16th century and is dedicated to St. Eligius, the patron saint of blacksmiths and metalworkers. This is certainly no coincidence, as iron ore was excavated in many places towards the end of the Middle Ages.

Safety information
Steep descent to the Our between node 106 and node 101.