2 Status news of the Vennbahn
Close

Taking the Ravel L45a, we head towards Weywertz to the Vennbahn, which leads us to a landscape of fields and meadows further to the north. Following the curve of the path, past Nidrum and Elsenborn, we catch sight of the lake in Berg. We reach Wirtzfeld along deserted paths. There, the journey back to Bütgenbach starts.

Starting and finishing point of the tour: at the former railway station, at the end of the Seestrasse in Bütgenbach

Parking: free of charge at the former railway station in Bütgenbach. 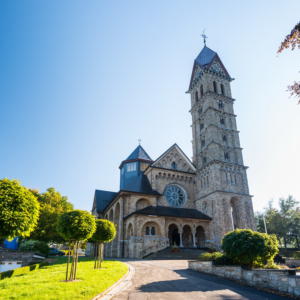 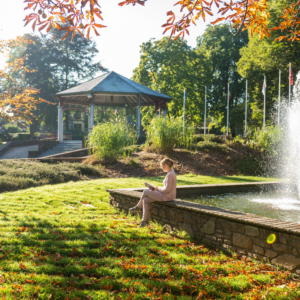 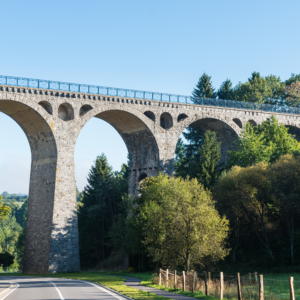 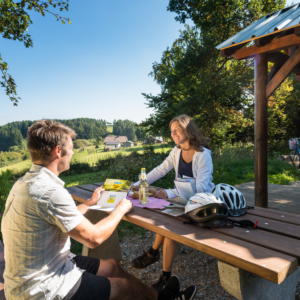 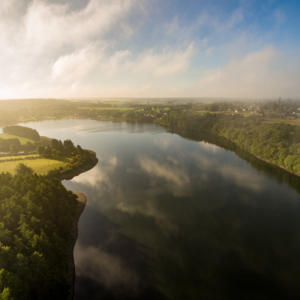 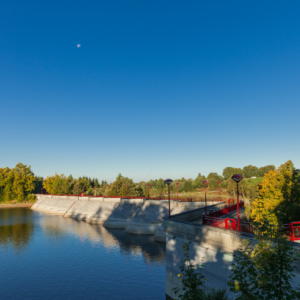 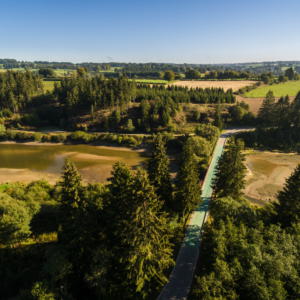 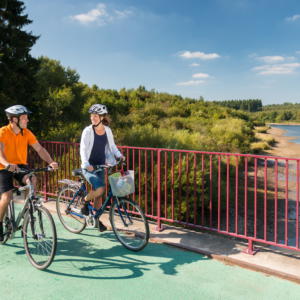 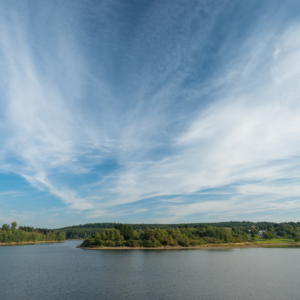 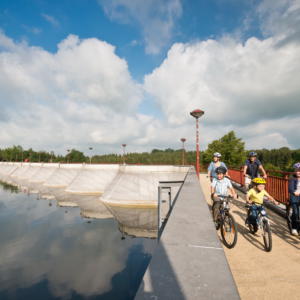 Taking node 17 towards node 93, you see the reservoir of Bütgenbach Lake after 400 m, which can be crossed via a bridge with a length of 140 m.

The Italian engineer Boldo had a 23-metre-high dam built in the Warche valley between 1930 and 1932 in order to generate electricity via a turbine, which produces 2 million kWh a year. Since the lake, spanning 120 hectares (296 acres), is not used for drinking-water, all kinds of water sports are possible. In the summer you can swim, sail or enjoy a pedal boat ride here to your heart’s content. The tour starts on the Ravel L45a. You can just about make out the lake between the trees and bushes. The countryside opens up beyond the lake at the level of the railway viaduct, which towers above the Warche valley. After a few kilometres, the Vennquerbahn merges with the Vennbahn, which you follow for some five kilometres along the village limits of Weywertz.

Past cows and pastures and so few houses that they can be counted on the fingers of two hands, you reach the village of Berg after 13 kilometres. You can catch an occasional glimpse of the lake. Wirtzfeld is situated at the eastern end of the reservoir. You pass the village centre on your left. One last hill and you cross the Holzwarche and the Warche, both of which supply the reservoir with water.

Safety information
A route with little traffic. The only road you cross is the N647 after Elsenborn.

Along the route
It is not until you get to Berg or Wirtzfeld that you will find facilities to purchase provisions or stop off at an inn or café for refreshments near the route. There is plenty of choice in Bütgenbach.